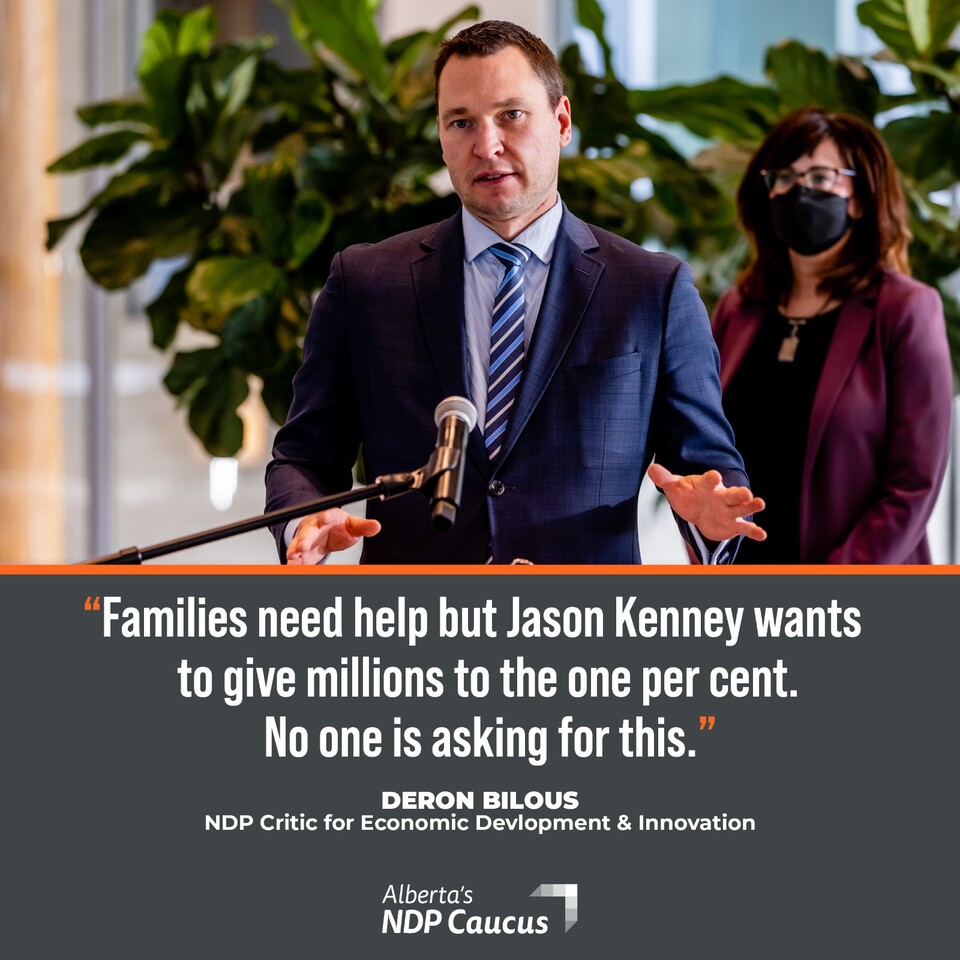 Alberta’s NDP is calling on Jason Kenney and the UCP to keep their promise not to return to a flat tax and to immediately reverse harmful policies that are hammering the wallets of everyday Albertans.

In a recent year-end interview, Kenney mused about returning to a flat tax despite promising not to do so in the last election. If the Premier follows through, this move stands to benefit only the wealthiest of Albertans, according to NDP analysis, as approximately nine out of 10 Albertans earn less than the $130,000-per-year tax bracket and would not see any savings.

In the lead up to the 2019 election, the UCP passed a resolution at its convention in support of a flat tax. Analysis showed a return to the flat tax would amount to a $1 billion annual tax cut for the top earners with $700 million going to the top one per cent alone.

Hardworking Alberta families are struggling, and this is the UCP’s solution? No one is asking for this. Alberta families are seeing their energy bills double but Jason Kenney is looking for ways to give hundreds of millions to the top one per cent. It makes no sense. This is incredibly out of touch. It does nothing to create jobs, and it doesn’t help attract the talent we need. Shame on this government for turning its back on families this holiday season - NDP Critic for Economic Development and Innovation Deron Bilous

The UCP already initiated a $4.7 billion handout to corporations on the promise it would create jobs. Instead, 50,000 jobs were lost. To pay for that failed handout, the UCP government deindexed both the tax code and benefit programs, such as AISH, the Seniors Benefit, and the Alberta Child Family Benefit (ACFB).

Does the primer and the UCP think that Ralph Kline's outdated ideas will help Albertans?! No! Which is why the conservative provincial party of Alberta needs to go!