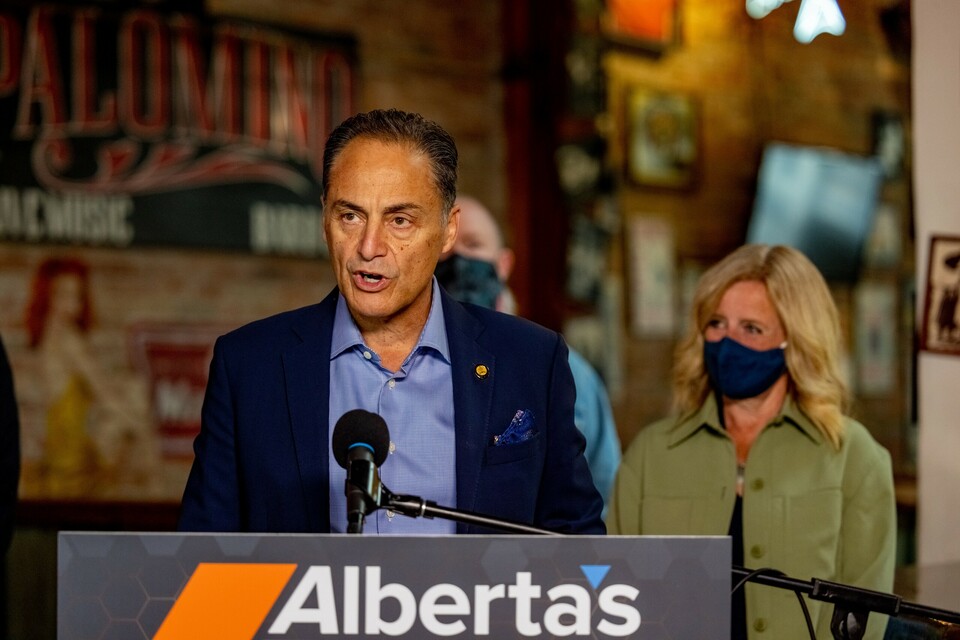 The 33.2 per cent vacancy rate is the highest level ever recorded by CBRE for a major Canadian city and is more than double the national average of 15.2 per cent.

In 2021, businesses vacated another 1.7 million square feet of office space in Calgary. Due to the high vacancy rate, there are currently no new buildings under construction, while other major centres such as Toronto, Vancouver, and Montreal are all seeing investment in downtown office real estate as new towers are built.

According to the latest figures from Statistics Canada, Calgary has the highest unemployment rate among major cities at 8.2 per cent. A recent survey by Angus Reid also found that Albertans are the most financially stressed Canadians across the country.

CBRE expects further mergers and acquisitions in the energy sector and foreign companies to leave, which could further increase vacancy rates in the downtown.

This comes after Encana packed up and left for the US in 2019 and Husky laid off hundreds of staff only to completely disappear in a merger with Cenovus the following year.

In the last election, Premier Jason Kenney promised his corporate tax cut would solve the downtown vacancy issue. He then accelerated the tax cut in 2020 and said companies would be “irresponsible” for not moving their head offices to Alberta. Since then, the number of head offices has gone from 117 to 102.

"Calgarians can’t trust the UCP to revitalize Calgary’s downtown core. Instead of recycling these failed policies from the past, we need to make economic diversification our number one priority in order to create jobs, while providing direct support to Calgary’s downtown. Without it, we could suffer devastating impacts for decades to come.” Municipal Affairs Critic Joe Ceci

The March edition of Alberta Views magazine informs readers that the UCP's Technology Innovation and Emissions (TIER) program is suspect. TIER creates a cost for polluting by heavy emitting corporations; however, according to Alberta Views a significant portion of the dollars collected to this point have gone back to corporations, some of whom are the same polluters, in Environment Minister Jason Nixon's words "to helps advance the industry". The article's premise is that very little is being done to reduce pollution or diversify the Alberta economy in order to decrease our dependence on the petroleum industry. It seems that without diversification and a resulting demand for office space, buildings in Calgary are apt to remain empty.

After I saw this post I did some research. It appears to me there is no correlation between lower corporate taxes and corporate re-location, job creation, or any positive economic effect. The only benefit is to the company's profits -- rewarded for doing nothing! Business capital investment has steadily dropped since the 80's in Canada. According to the CCPA study I looked at, a tax cut of 6 Billion for corporations generally brings (maybe, if they don't pick up and leave entirely ie Encana and Husky) only 600 million investment in the local economy (2011 $$ figures). A six billion infrastructure infusion from the government means 10 times the investment and can result in a further 520 million in private business investment, so almost as much investment minus the 6 Billion tax payers would lose. The UCP government is giving Alberta's future away. They blame Alberta's woes on AISH recipients (a small proportion of the population) and health care (ignoring Mulroney's extension of drug patents as pivotal) instead of how they support the rich at the expense of the poor. A recent study in the US found that the difference between the lowest paid and highest paid company employees has risen by 280 percent over the last few decades. We are creating a new aristocratic oligarchy serviced by peasants, and pretend this is fair capitalism. Can the NDP make a difference? I hope so, I'm on AISH myself but faithfully send my 5$ per month donation to you. Ah maybe I'm just a dreamer....